International Women’s Day is a global day celebrating the social, economic, cultural and political achievements of women. The day also marks a call to action for accelerating gender parity. Significant activity is witnessed worldwide as groups come together to celebrate women’s achievements or rally for women’s equality.

Marked annually on March 8th, International Women’s Day (IWD) is one of the most important days of the year to:

This year’s theme is #ChooseToChallenge and without further ado, we’re proud to present the women of InfraStrata!

Lauren is our Junior Office Assistant based in London and has been working at InfraStrata since June 2020. 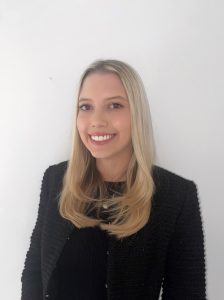 She completed Sixth Form in 2020, where she gained her Philosophy & Ethics and Psychology A-Levels. Lauren always knew that she wanted to work in the City of London in business support.

Her role at InfraStrata has been an eye-opening experience for Lauren as she supports the whole of the InfraStrata team.

Outside of the office, Lauren is a former England athlete, having represented Team England at the World Cheerleading Championships in 2019.
As well as cheer, Lauren is interested in the financial market and she regularly invests in the stock market, this is something she hopes to explore further.

Who inspires you?
“Oprah Winfrey! She did not have the easiest childhood but was able to persevere and achieve greatness. On top of this, Oprah often mentions the Law of Attraction and how she has practised this throughout her life – she has said that many of her successes are due to her visualising and believing she has already received her goals. Oprah has really taught me how we are in control of our realities and everything is possible when we believe it!”

Favourite Quote
“The biggest risk you can take is to not take any risk at all.”

Grace joined InfraStrata as the Personal Assistant to the CEO two years ago. Supporting the daily functions within the business & running the London office, no two days are the same for her. 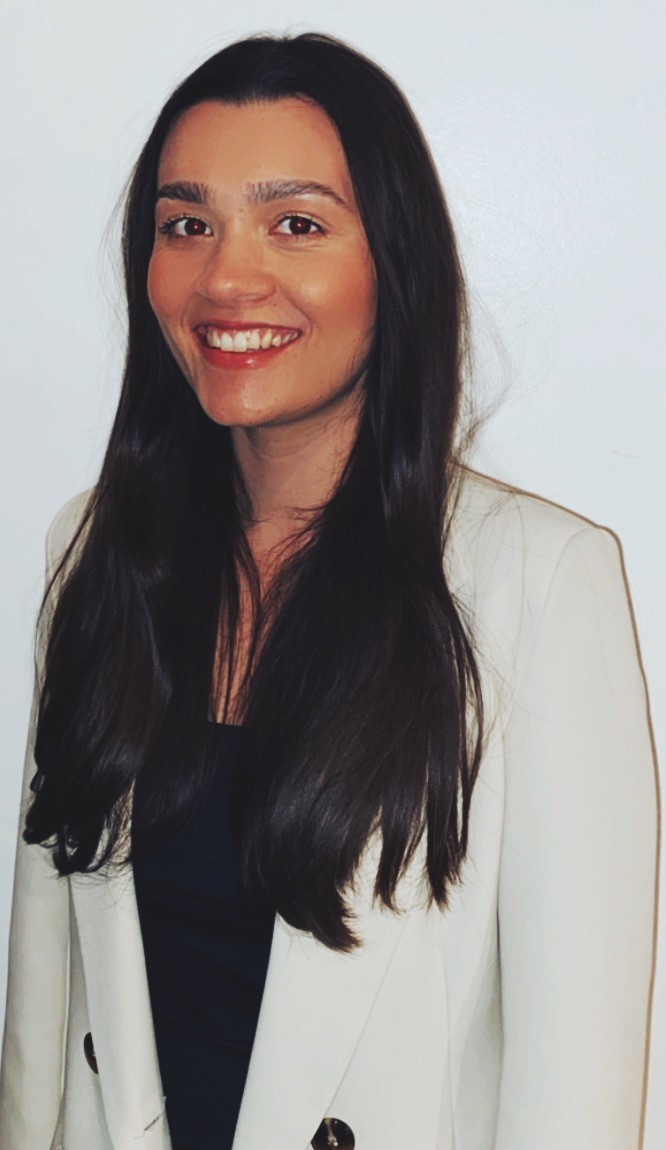 Grace has worked within the construction & manufacturing industries for over five years, where she built on her knowledge of business support and developed her management skills.

Assisting the CEO has kept Grace on her toes which is the part of the job she enjoys most, the challenges that the InfraStrata team face has allowed Grace to understand how a PLC is run, as well as what goes on within the shipbuilding industry.

Since joining the company in 2019, Grace has witnessed the number of InfraStrata employees more than double in size, two successful shipyard acquisitions and helped organise a visit from Boris Johnson.
Grace is excited about what the future has in store for InfraStrata and is proud to work for a company that recognise the importance of women within the industry.

Who inspires you?
“Sara Blakeley, founder & CEO of the shapewear brand SPANX is my inspiration. An extraordinary self-made billionaire & businesswoman who created her brand over 20 years ago and most recently donated $5million to support female-run small businesses during the COVID pandemic.”

Favourite Quote
“Failure is not the outcome – failure is not trying. Do not be afraid to fail!”
I believe that often in life, we do not take risks because our fear of failing puts us off trying. I then started to wonder how many opportunities in life have we turn down purely because we feared failure?

I realised not too long ago that one person’s definition of failure is someone else’s idea of success, therefore, we should not be afraid to try and possibly fail. Failure is not to be feared as we can always pick ourselves back up & try again. It is an experience that we can learn from and is often part of the process to achieving success.” 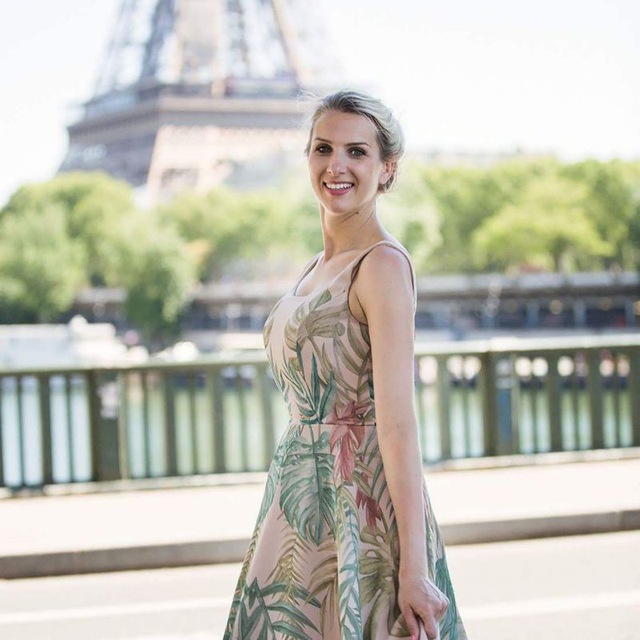 Beginning her professional career in the Police Academy in her home country of Russia, Oksana had hopes of eventually becoming a lawyer.

However, it was after a year, she decided to come to the UK – as it had always been a dream of Oksana’s to study here.

After completing her studies, Oksana completed the ACCA and began her career in finance as a Finance Assistant at Encyclopedia Britannica. She was later promoted to Management Account and then Financial Controller. Oksana holds three degrees.

Who inspires you?
“Michelle Obama. After reading her book “Becoming”, I was really inspired and motivated!”

Favourite Quote
“If knowledge is power, knowing what we don’t know is wisdom” – Adam Grant.”

Seena joined InfraStrata in 2020 and is the Head of Marketing & Communications, heading up these functions across the group 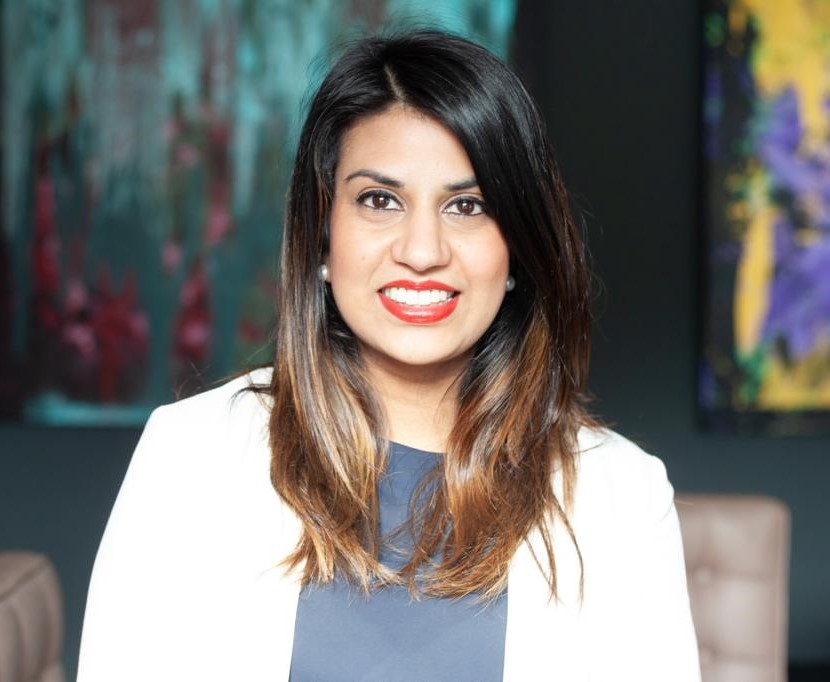 Seena has built a successful award-winning career in marketing and was listed as a Top Woman in Digital by The Drum.

She has worked on marketing campaigns for household name brands and leading technology companies, including Cisco, PA Consulting, Coca-Cola and BP. She is an advocate for women in STEM, having taught herself to code in her first marketing role and worked on many campaigns encouraging girls to consider careers in STEM.

In 2015, Seena founded a digital communications consultancy, Splash Creative London, working with technology start-up businesses to communicate new concepts. Prior to joining InfraStrata, she stood as a Parliamentary Candidate in the 2019 general election. Seena dedicates much of her free time to volunteering in the community as a community crime group Co-Ordinator, Governor at a primary school and until recently Governor of a college and Trustee of a drug and alcohol rehabilitation charity.

Who inspires you?
“Helena Morrissey – she saw a lack of female representation on London-listed company boards and established the 30% club to build a solution to the problem. She has shown when you put your mind to something, you can achieve the seemingly impossible and create a better world for the women of tomorrow.”

Favourite Quote
“If you’re one of those people who has that little voice in the back of her mind saying, ‘Maybe I could do [fill in the blank],’ don’t tell it to be quiet. Give it a little room to grow, and try to find an environment it can grow in.” – Reese Witherspoon.”

As InfraStrata’s Press and Communications Officer, Maddison can be found coordinating the group’s external communications efforts, such as press releases, social media posts, and interviews to mention a few. 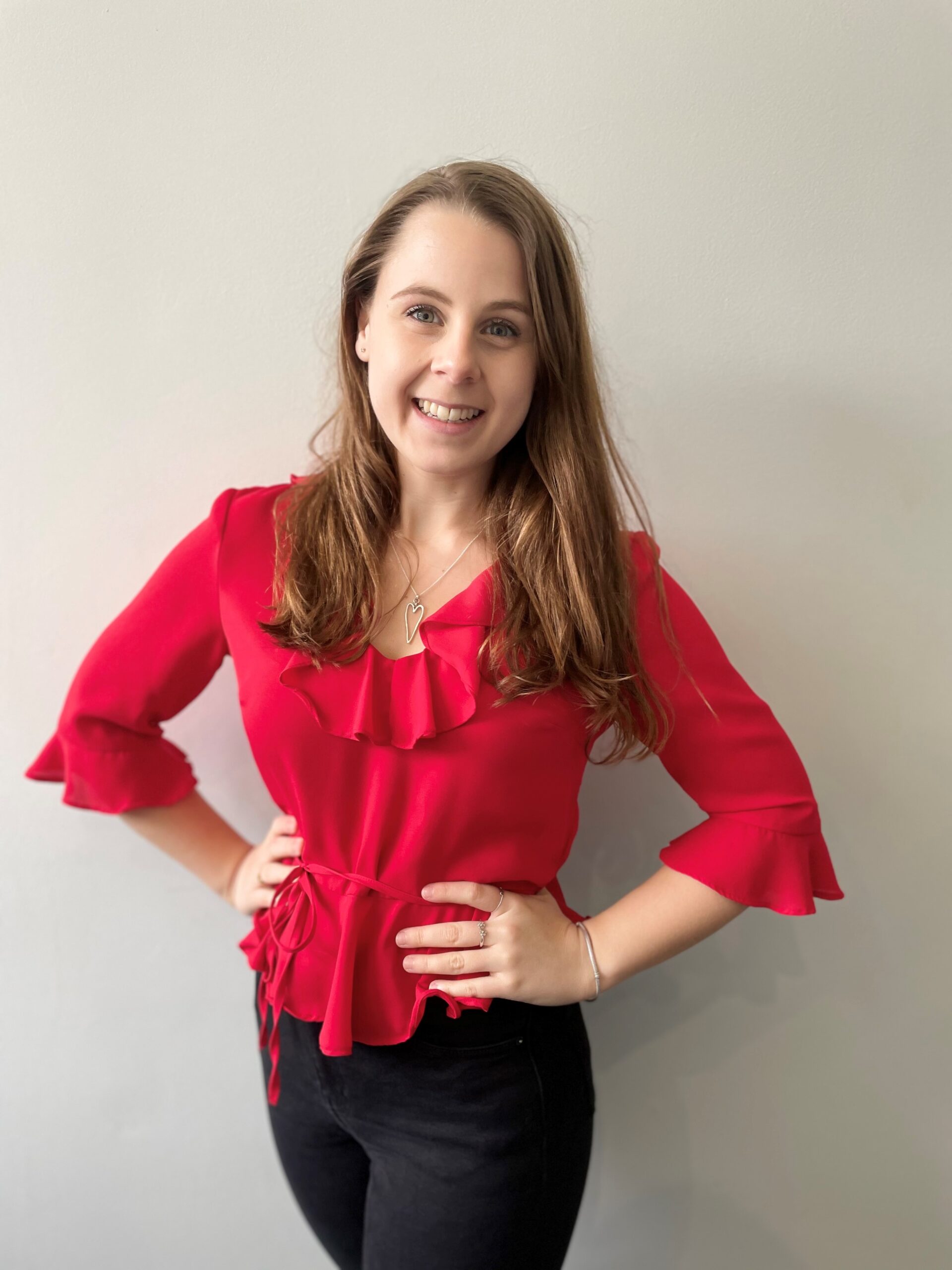 A graduate from Roehampton University in London and Suffolk University in Boston, Massachusetts, Maddison read Journalism and Public Relations with a short course in Japanese.

With a firm background in corporate engineering communications, before joining the InfraStrata team, Maddison spent two years working as a PR Account Executive for a trade-focused agency.

Previous to this, Maddison spent time working with several charities. These included Palace for Life – the official charity of Crystal Palace Football Club as well as climbing to Everest Base Camp in aid of the Children’s Society.

Prior to her career in Communications, Maddison trained as a performer at the Sylvia Young Theatre School.

A lover of all things musical, outside the office, Maddison can often be found at the theatre (pre-COVID!) or at music gigs.

Who inspires you?
“Nicole Lapin and Mayim Bialik – it’s so difficult to choose just one! I became familiar with Nicole Lapin when I bought her book ‘Rich Bitch’ as a hope to get myself financially ready to study at university!

First and foremost a journalist, Nicole was the youngest anchor ever at CNN and CNBC, presenting the only global finance show on the network, Worldwide Exchange.

On the other end of the spectrum is Mayim Bialik. An actress and Doctor in Neuroscience, for me, she just embodies the idea of not setting yourself boundaries when it comes to your achievements.”

Favourite Quote
“‘We Shall Do It Easily’ – C.R Stock. This is a little bit of an obscure one, but it comes from the title of a painting that my grandparents have in their house. It was hung at my grandparent’s front door, so it was the first thing you saw coming in and the last thing when you left. Over the years it’s become a family saying!”

Originally from the medieval city of Kilkenny in the south-east of Ireland, Amy, InfraStrata’s Policy and Public Affairs Officer is the latest to join the team. 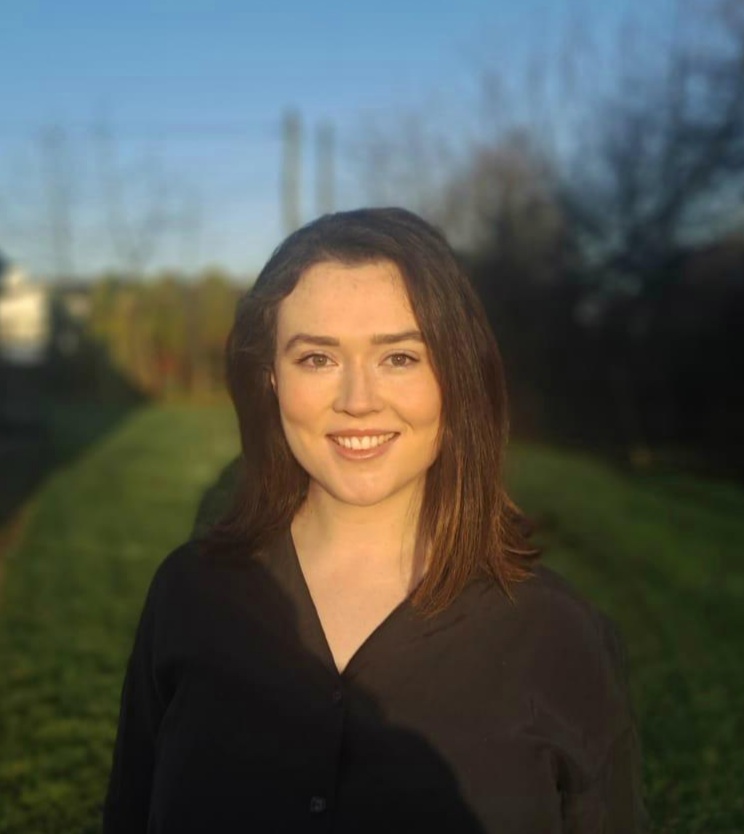 Prior to joining the company, Amy completed a Schuman traineeship at the European Parliament, Brussels, in the field of internal market and consumer protection. She has experience in social research within academia and the public sector, and has also worked in corporate partnerships at an aid agency.

She holds a BA (Hons) in Economics and Sociology from Trinity College Dublin and as well as an MSc.in Development Studies from the London School of Economics.

Fluent in English and Irish, Amy also speaks German and completed an Erasmus exchange in Cologne during her bachelor’s degree.

A keen runner and weightlifter, Amy is currently studying to become a personal trainer!
This year, Amy is really looking forward to being able to travel once more, as she has lots of friends scattered around the world having lived in three other countries! But for now, she looks forward to exploring more beautiful locations in the UK.

Favourite Quote
“One’s life has value so long as one attributes value to the life of others, by means of love, friendship, indignation and compassion.” – Simone de Beauvoir.”

As Group Director of Human Resources, Kelly leads the delivery of human resources across the InfraStrata plc group. 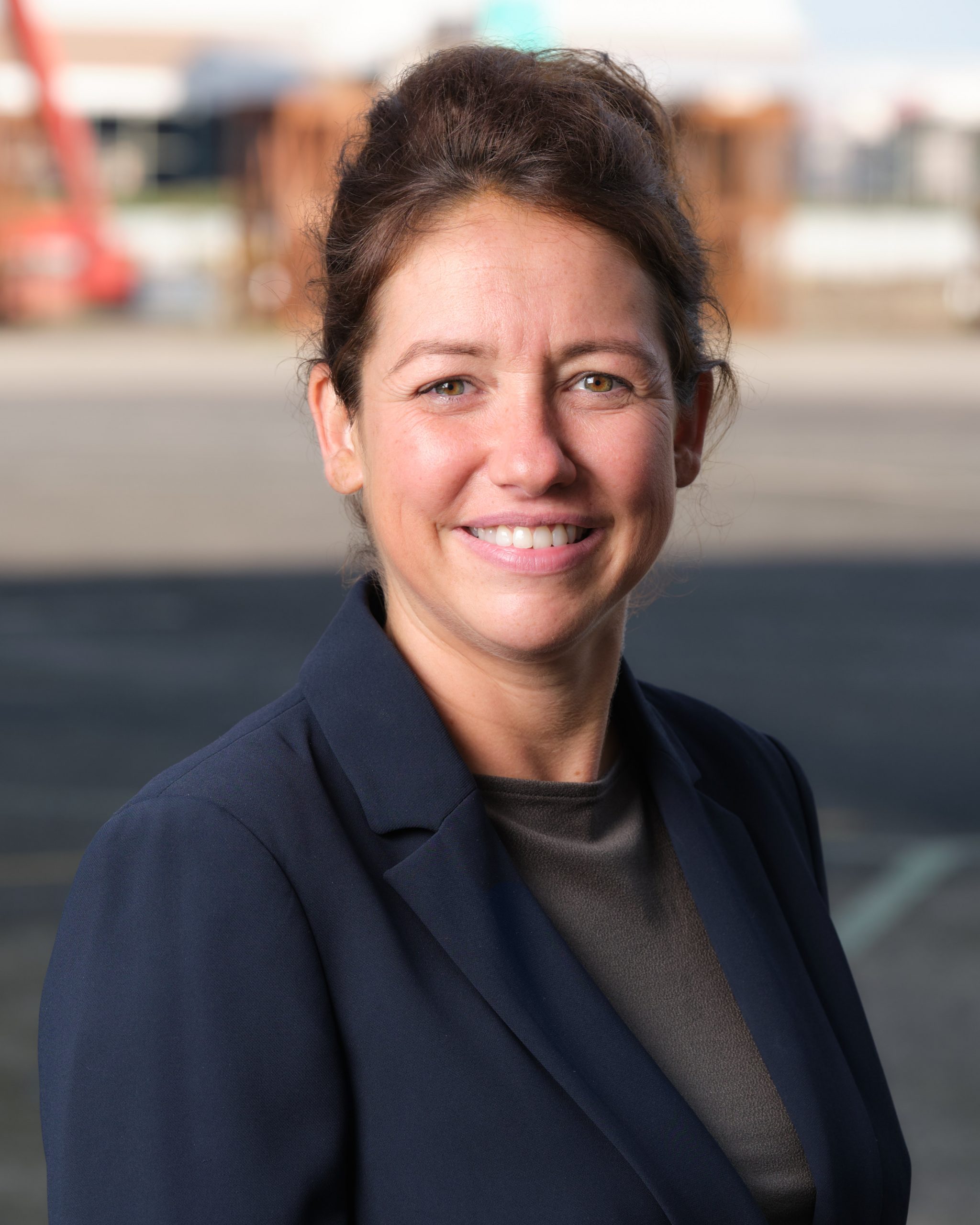 Kelly has developed and delivered HR strategy and operations in senior roles across a range of different sectors and organisations, including commercial shipbuilding, petrochemicals, property and government oversight and regulation.

Kelly has significant experience across all areas of HR and people management and has delivered initiatives across organisational and people development, employee relations, recruitment and performance management. She has implemented significant change across several roles and delivered nationally-recognised and award-winning HR services.

Kelly is a Chartered Member of the Chartered Institute of Personnel and Development and has a master’s degree in HR Management.

Who inspires you?
“Libby Clegg.”

Favourite Quote
“You learn more from failure than success.”

Judith has been working within the residential Oil, Coal and Gas market for 25 years, she has a wide range of business knowledge, owning and running two other businesses. 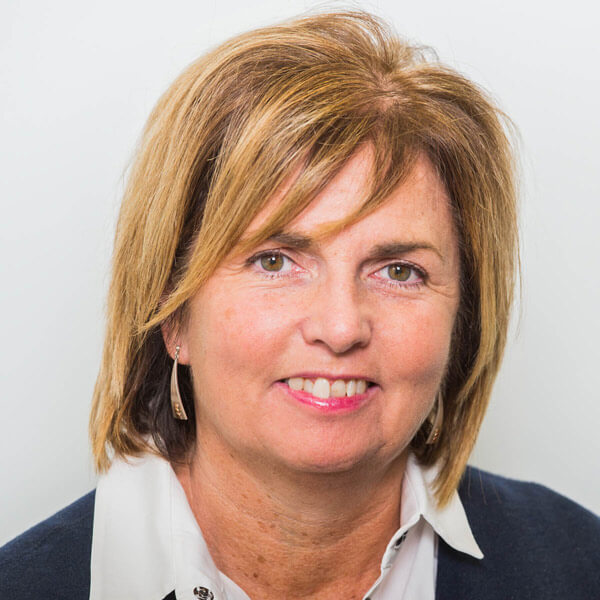 Judith joined Infrastrata in 2007, and became a director of Islandmagee Energy Ltd in 2017, Judith has been highly involved in this project during Pre-Feed and FEED.

With Judith living and working within the community of Islandmagee she brings a wealth of experience. Judith is highly motivated and hardworking, constantly striving to ensure an honest and open approach to everything she does and doing the best for her community.

Who inspires you?
“Kamala Harris, The Queen and Michelle Obama”

Favourite Quote
““Always aim high, work hard, and care deeply about what you believe in. And, when you stumble, keep faith. And, when you’re knocked down, get right back up and never listen to anyone who says you can’t or shouldn’t go on.”—Hillary Clinton”